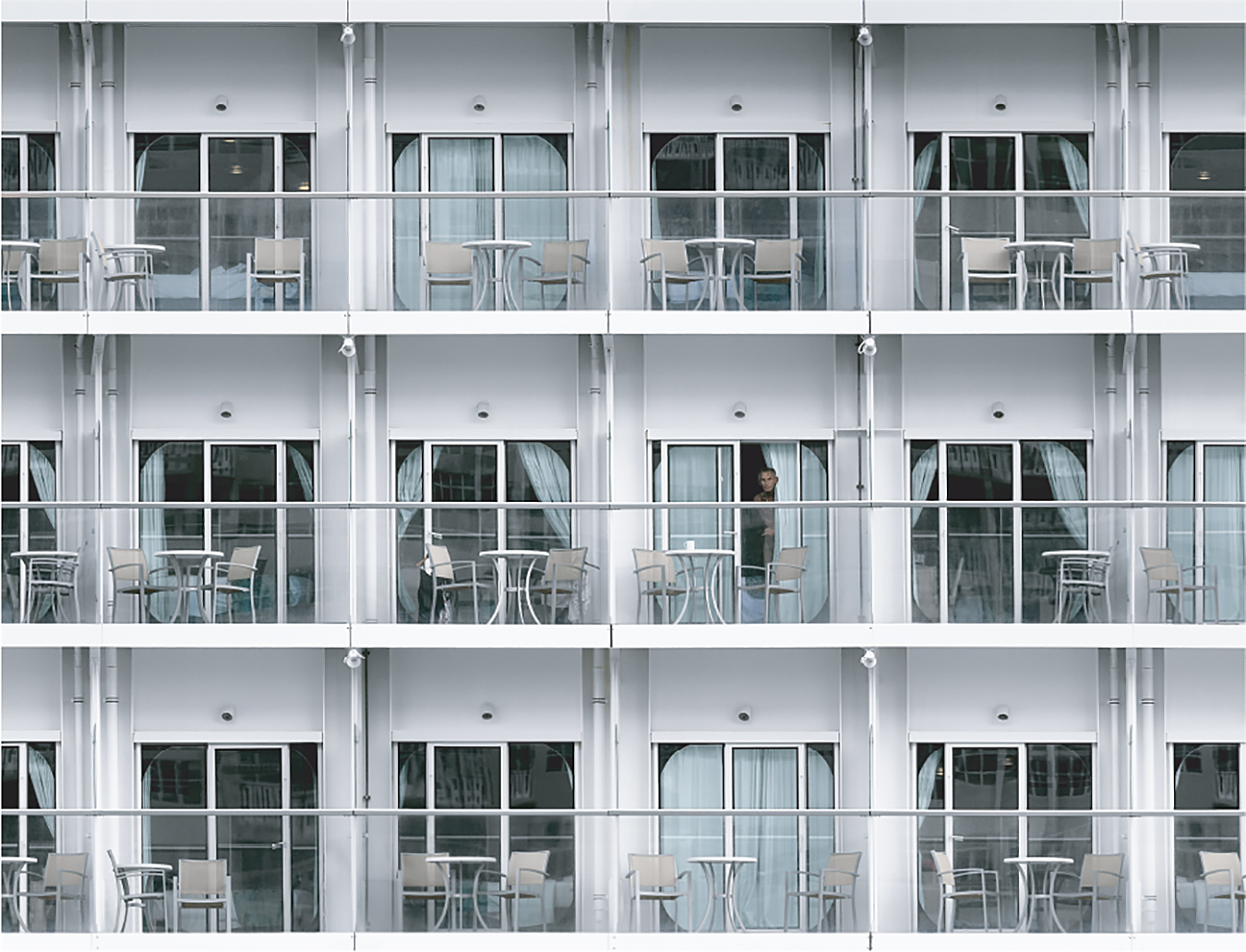 For decades, the multi-billion-dollar cruise industry has transported passengers from the mundane reality of their lives into a carefree fantasy world of luxury. Destinations dot the map, with journeys lasting anywhere from a week all the way up to a year (is a lifelong option far off?). There’s but one certainty of every such voyage … the return port waiting at the end, and of course … reality.

Nevertheless, 24.2 million passengers chose to ‘get away from it all’ by taking a cruise in 2016, with skyrocketing popularity amongst younger demographics.

On March 13, 2016, Port Everglades in Fort Lauderdale, USA, set a world record with eight cruise ships and 54,700+ passengers embarking and disembarking in a single day. I was there, in a condo overlooking the narrow channel as the behemoths departed. Passengers waved from their balconies to celebrate the launch of the cruise.

Cruise ships are a weekly occurrence, and each launch draws large crowds of locals who gather to admire the spectacle and grandeur of the ceremony. Seeing-off these floating palaces is not only exciting, but rather addictive.

Over a span of nearly two years, I captured more than 7,000 images of cruise ships departing through our channel and the many passengers who took to their balconies to wave goodbye to all their worries. Using a telephoto lens, I captured an intimate look into these travelers’ lives without even being noticed.

I had no preconception of how this project might evolve. Moreover, I was unable to frame or to see what I was actually shooting. That was my choice. It was more a repetitive process of blind registration or candid-camera portraiture. The ‘Crops’ and ‘Blow-ups’ would come later. Much like the photographer from Antonioni’s movie, Blowup (1966), I was making my discoveries in the days after the shoot.

The photos prompted many questions: Why do some people on ships look like they are drifting numbly in a state of psychosis? Why are their faces painted with uncertainty, misery, and dread? And why do so many passengers (couples and singles) look so lonely? What is actually wrong with these people who seem condemned to have a good time? Intrigued by the mystery, I took a cruise myself.

It was a transatlantic journey which lasted 2 weeks. Only after being onboard was I able to interpret the pictures I had captured from the shore. I finally understood that the cruise ship was just an iron vessel transporting people from one physical destination to another with several stops – nothing more. The experience was a collective delusion, passengers surrendered to a well-structured and commercially-viable form of collective time-killing and ‘managed fun’. I found it impossible to ignore the unbearable sadness that permeated the entire experience.

The nature of this complex feeling was clearly described in the post-structuralist essay by David Foster Wallace, “A Supposedly Fun Thing I’ll Never Do Again” (1995). It is a detailed and meticulous deconstruction of Wallace’s own cruising experience:

I felt despair […] a weird yearning for death combined with a crushing sense of my own smallness and futility that presents as a fear of death. It’s maybe close to what people call dread or angst. But it’s not these things, quite. It’s more like wanting to die in order to escape the unbearable feeling of becoming aware that I’m small and weak and selfish and going without any doubt at all to die. It’s wanting to jump overboard.

From the thousands of candid shots that I captured, I am featuring those which reveal the same transcendent feeling that Wallace so deftly described, and that I too experienced while cruising the ocean blue.