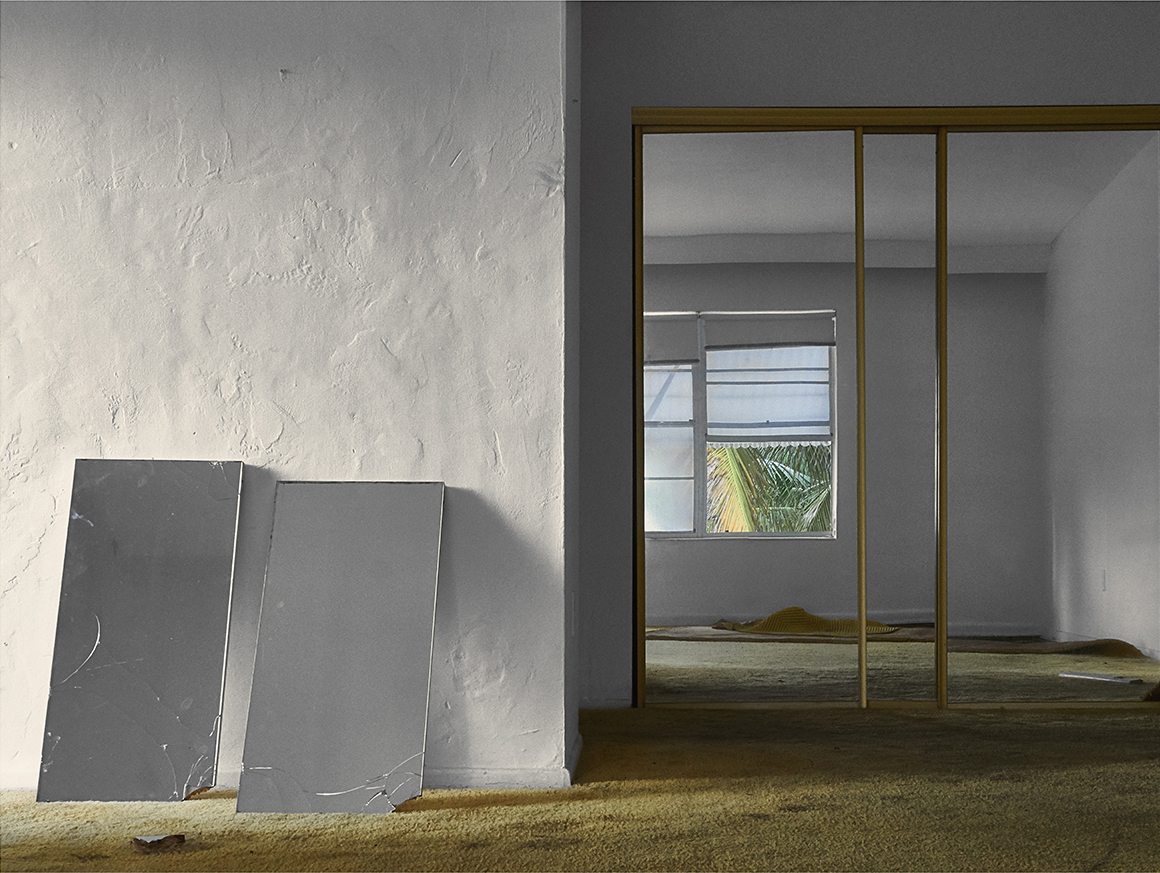 Today is the Day is the first solo exhibition of Trotsky, a former Russian performer, and later producer, who initiated a sensitive and regular exploration in photography as an art practice only a bit more than two years ago. Artmedia Gallery is proud to present the exhibition, which gathers a selection of photographs belonging to a series with which the author also intends to participate actively in current discussions about the transformations of Miami’s urban, cultural, and social landscape.

Trotsky has photographed intensively the seafront of Miami and Broward counties where he has registered the hastened demolition of houses and buildings mainly constructed from the 1950s to the 1970s, which is giving way to new properties. In fact, it is the point of departure of his work because, more than just a documentation of the process itself, Trotsky is interested in reflecting on the cultural meaning of this kind of business fever and its consequences in the context of the imaginaries about and the recent history of Miami. Then, his exploration implies how photography can deal with the representation of cultural values as well as social and political issues transforming observed facts in artistic comments.

The particular virtues of the Trotsky's series rest on the ability demonstrated by the author in reaching his objectives without conceding an inch to literality, but never distant of the careful examination of reality that photography provides. Being aware of the polysemous possibilities of photography can be compatible with the appreciation of the visual sharpness of it as a medium, he stated through his collection of images. Even though no one person appears inside the ruins he portrayed, these speak about people because they show many traces of human life, like a reminiscent inventory of a past time that gets meaning in many levels. More than one could be related to the unrestrained excitement engaged with an uncertain future.

At the end of the 1990s, Trotsky abandoned a successful artistic career for a creative work as a film and TV producer, but silently kept his long personal practice of photography, initiated when he was a child. Recently, he has made his comeback to the art world with a consistent photographic work. At this moment he has several projects in process.

José Antonio Navarrete has developed an extensive international career as a curator, researcher, and critic of visual arts and culture. His lengthy bibliography focuses on topics of modern and contemporary art, with emphasis on how media technology has affected and transformed art practices. During this decade, he has also exhibited his artistic work.

Artmedia Gallery was founded in 2012. With a location in Wynwood Art District, Miami, Florida, the gallery has the mission to explore the vast possibilities of the expanded notion of art through media technology, with photography and video as its core interest.