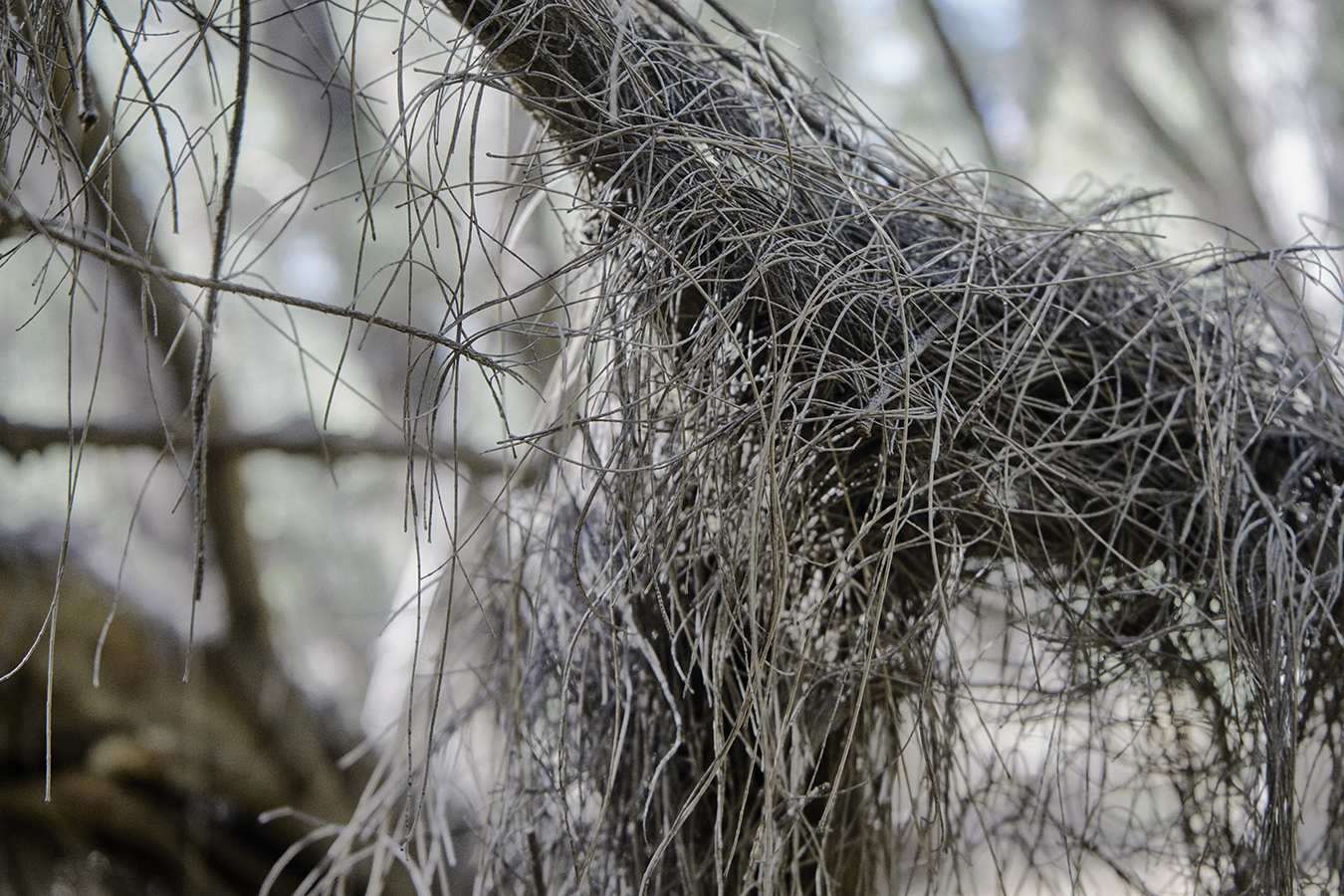 ArtMedia Gallery is pleased to present a second personal exhibition of the French-Venezuelan photographer Magüi Trujillo. As in her previous project hosted here, she complements her photographic exploration with a brief incursion into video. Filmic and straight photography images have been the focus of her interest in her long creative career, the latter finally taking the protagonist role.

The starting point of this project was a tour the artist made through the mangroves of Rio Chico, in Venezuela, in 2009, where she photographed intensively. Later, she archived the images until the right moment came for her to return to them. In the meantime, new projects occupied her. It was not until 2019 that she retook those images and, traveling to Miami, went to such a natural formation again. At that moment, she knew her new work proposal would be based on her visual and emotional experiences when photographing the mangroves.

Nature has been the vast space where Magüi Trujillo has developed her artistic research. Sometimes, her work has acquired an appearance close to the landscape. However, the photographer has not been interested in exploring this artistic genre per se. Her research on nature is of a different order of concern. For her, nature is an active force that models our material world and proposes the base of human spirituality

This exhibit, Weaving in Silence, results from a long work process recently finished. As in her previous exhibition, Magüi Trujillo has turned in this one into the creation of an expanded perceptual situation in which the viewers must immerse themselves. The close relationship between the photographs imposes itself on their existing differences. The exhibition operates as an installation where the meanings emerge from the interwoven images. The anthropomorphizing of nature as a Mater figure that the artist proposes arises from the whole.

Magüi Trujillo lives and works in Paris. Her photography and video production have been included in group and solo exhibitions in France, Germany, The United States, Portugal, Morocco, England, Spain, and Venezuela, her birth country. Her series Silencio Plural was selected in 2002 to be part of the National Library of France Collection. The Breath of the Wind was selected for the edition of a book in the Book Machine event, Paris Photo 2015, France. Her video-arts are in the permanent collection of the Museum of Contemporary Art in Caracas.

José Antonio Navarrete lives and works in Miami, FL. He is a critic, researcher, and independent curator of art and visual culture. He is in charge of the ArtMedia curatorial program and has participated recently in several international projects as a curator or writer contributor.

Artmedia Gallery was founded in 2012. With a location in Little River, Miami, Florida, the gallery has the mission to exhibit and promote contemporary art based on photography and video practices. One of the gallery’s central objectives is to explore the vast possibilities of the expanded notion of art through media technology.