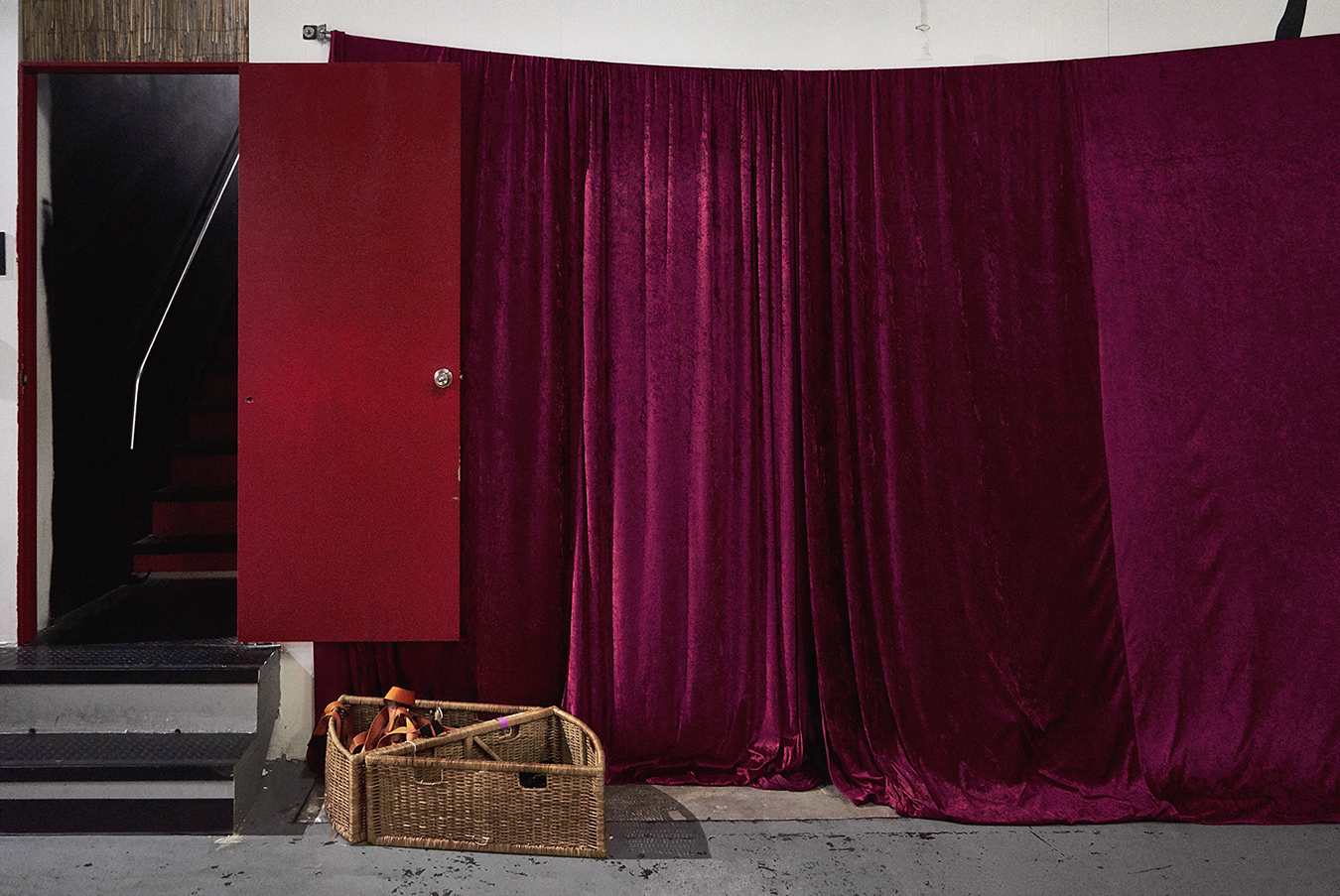 G.A. Jakubovics: The City as Palimpsest (or how to plant a flag without scaling Mt. Everest)

“Seeking a Code” by the photographer G.A. Jakubovics is one of those exhibitions that leaves us with more questions than answers-but for the better. In fact, the collection functions as a hypothesis within a personal exploration that over the period of three years caused this author to wander through the streets of Miami in search of a system of signals-a code as indicated in the title-capable of deciphering and at the same time summarizing the city, the search for an artistic language with the nuances of an adventure as personal as it might be collective: settlement needs and the experience of immigration.

Such is the most recent offering from ArtMedia Gallery in Wynwood, the curatorial space run by curator José Antonio Navarrete and art director Gady Alroy, the “G.A.” of this exhibition, who on this occasion switched from his customary roles as director and digital print specialist in order to display his own artistic work for the very first time under a pseudonym that sentimentally inspires him and that he has a familial claim to: Jakubovics, the surname of his maternal grandfather, a Czech emigrant who settled in Caracas shortly after the tumultuous years of the Second World War.

Undertaken with eloquence starting with the various levels of assemblage and dialogue that combine the author’s photographs and archival images, “Seeking a Code” also seeks to involve the viewer in “that interpretive cooperation” that can convert him, starting with the questions-Who are we? Where do we reside?-into what Umberto Eco calls “lector in fibula.” Considering codes, acculturation, footprints and multicultural patchwork, what visual codes define the symbolic storyline of a city in which it is already impossible to live as a simple tourist and in which one is compelled, due to the exigencies of human curiosity, to revisit public and private spaces with an exhaustive look at belonging?

G.A. Jakubovics’ pursuit opens a bracket of soul-searching regarding this issue and is thus inserted, from a unique perspective, into the communal endeavor of a group of local photographers, mostly immigrants, who in recent years have turned Miami into a place of iconic revision aimed at undermining the traditional archives that recognize it as a transit point, as a tourist paradise, or as a privileged place for real estate and financial investment.

However, the city that Jakubovics photographs is neither a place of immediacy, nor of unpredictable occurrences of great documentary photography. His rendering does not involve man-the great missing piece from the series-but rather those everyday environments marked by the traces of his intervention, or by the “the absence of presence,” as Victor Burgin would say. His ideal city-that place where almost six years ago he decided to “plant his flag” of residency-is a conundrum, or a Pandora’s box, a kind of onion whose multiple layers must be peeled back little by little in order to reveal its core and, above all, those simple and often hidden assertions that construct a visual certainty of a personal truth. Jakubovics portrays the labyrinth of the multiple cities that overlap within Miami itself, the great shifting metropolis molded as much by the successive influx of immigrants as by its dizzying-almost raging-rhythm of demolition and construction. If the images of Candida Höfer lead us to contemplate the charm of the empty buildings in cultural spaces, this artist’s photos of a deserted city instead reveal its social paradoxes and processes of gentrification.

It is interesting to note how the appropriation of space that Jakubovics achieves with his camera in the long run, in fact, ends up being the photographic documentation of different appropriations, which bestow a specific identity on certain places in the city. Hence, “Seeking a Code” may also be an exercise in appropriating appropriations and a means of understanding from the tour of the exhibition the processes and dynamic of the urban framework and its perilous configuration.

From the venerable Bahamian-styled mansions of Coconut Grove and dilapidated interiors of Wynwood to the sumptuous lobbies of Miami Beach hotels, there is a prolific variety of transplanted cities, brought piecemeal from the Caribbean, South America and heartland of America and its culture. The city laid bare then appears to be a no man’s land while at the same time belonging to everyone. It is an ill-defined place due to its features, which could very well exist on the outskirts of Caracas, Mexico City or Cartagena, or in the industrial suburbs of great American cities, with their neon signs and small coffee shops with metal siding on the walls, emblematic of fast food and the air of social tranquility of the Post-War era.

This concept of fragmentation and the chaotic convergence of diverse realities is particularly notable in the montage of the large polyptych exhibited at the back of the gallery. This grid of images combines various exterior scenes with some of the city’s material details-like asphalt or characteristic granite, for example-in an interesting ludic and constructivist exercise that intersperses empty spaces with photographs. The frames of the images have the minimum requisite thickness so that they become almost impossible to detect in some empty squares when we are observing the surface of the wall or photographic details of materials in the city. The assimilation of fragments, however, is not only produced in the physical space of the montage, but also in the ideal realm of time and collective memory. The progression of archival images displayed along with current photos in contrast document stereotypical images of the voluptuous city of sun that throughout the 20th century attracted Hollywood stars while at the same time being surrounded by examples of the cursed extravagance of ill-gotten gains. These images are incorporated into the mosaic of historic references that over the years have modified the profile and atmosphere of the city.

“Seeking a Code” may very well be Jakubovics’ first exhibition, but that does not make it an ingenuous exhibition. If there is anything that the results reveal, it is precisely the visual maturity of its author. Behind this photographic essay, there is an awareness and a culture of the image firmly rooted in his daily work as a printer and consultant who deals with hundreds of images created by talented artists who exhibit at the gallery or who print their pieces in the workshop. Added to this extraordinary endeavor is the selective vision of an experienced curator such as Navarrete. Shared undertakings and the coming together of both approaches gave rise five years ago to ArtMedia: a space that-together with Dina Mitrani Gallery-is offered up as an oasis of persistence and expositive quality for lovers of contemporary photography in Miami.

Willy Castellanos Simons is an art historian, curator and photographer based in Miami. He is co-founder with Adriana Herrera of Aluna Curatorial Collective.