RETAINING THE MOOD, an interview with Peter Emanuel Goldman 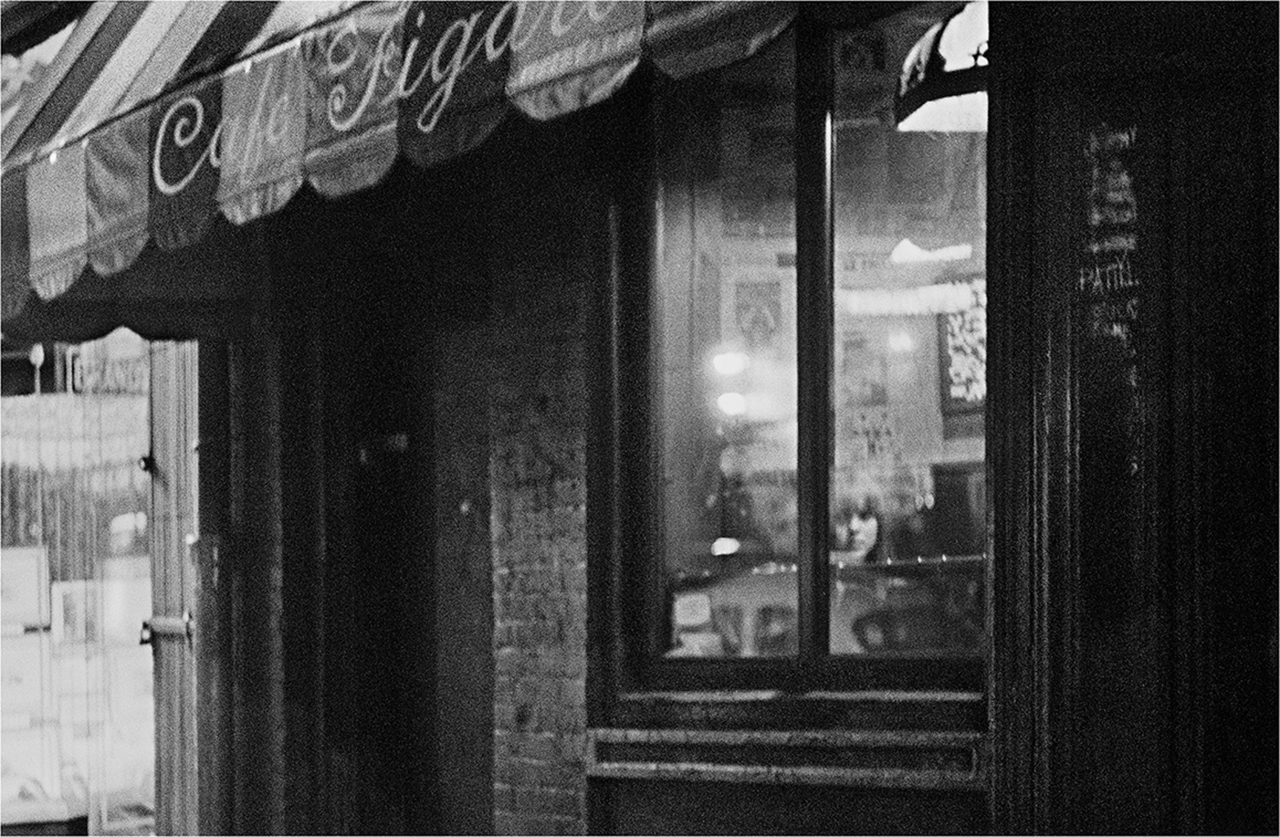 "Love, Despair and Longing, New York-Paris 1962-68. Photographs by Peter Emanuel Goldman" is on view at ArtMedia Gallery in Miami's Wynwood Art District from May 21 to July 19. Goldman, born in New York in 1939, was a filmmaker of the New York underground cinema in the 1960s. He garnered acclaim for his first film, Echoes of Silence (1964), and made others such as Pestilent City (1965), The Sensualists (1965) and Wheel of Ashes (1968). By then he was also practicing photography.

In 2015, Goldman has been working on two new creative projects: the publication of his first novel, Last Métro to Blecker Street, and his first personal photo exhibition. José Antonio Navarrete, the curator of the show, interviewed Goldman especially for ARTDISTRICTS.

BY JOSÉ ANTONIO NAVARRETE
José Antonio Navarrete - When and why did you start to practice photography?

Peter Emanuel Goldman - I actually started as a boy about 10 years old with a pinhole camera, followed by a primitive box camera. I even had a darkroom and did my own developing.

The only photos from this time that survive are some pictures of Columbia University football players practicing. In 1960, in Paris, I bought a camera but didn't do much photography. However, the first picture I took was very good and the store that developed my film put in on display in its window. Unfortunately, both the print and the negative have disappeared. By 1962 I realized I didn't want to be an academic-I was a history major at Brown University. I was looking for an art medium to express the things that were haunting me, my inner torments and aesthetics. I began shooting stills of New York, people in the streets and photos of friends, etc. I felt the results were okay but not exceptional. I had two professional photographic jobs at the time, and seeing them now 50 years later I realize that they were much better than I thought.

J.A.N. - Art cinema was the first art you practiced seriously, but you made still photography at the same time you were filming your movies. Did you think in a particular aesthetic for photography in those days?

P.E.G. - In 1962 I spent two months at film school, learned very little, but bought a 16-millimeter Bolex wind-up camera. I would buy out-of-date film for 50 cents a roll, and I made a few small inconsequential sketches with the camera. One day, in 1963, I returned to my apartment on University Place in Greenwich Village and found two girls I had never seen before kneeling on my bed putting on makeup. I started filming them, when the fiancée of my apartment-mate came in, and I created a small scene with the three girls. A few days later when I saw the results I realized I was very good with a movie camera and I had found the means of expressing myself and the things that were haunting me. This scene is in Echoes of Silence, my first film, shot in 1963-64.

I continued to do still photography but much less. Still photos have the advantage of being much simpler. You don't need a screen, a projector or editing in order to show them. You can crop them and remove what you don't like simply by looking at a contact sheet. It is often what is not in the photos that is important. It was less a conscious aesthetic at the time than a practical matter.  Certain things were best done with a still camera.

J.A.N. - How close and how far are your movies from your photography?

P.E.G. - Some of my still photography resembles my movie work, such as the dramatic shots with Kelly and Johnny and Kelly and Paul-actual created scenes. But the rest is different in that I would more spontaneously take shots, mostly at night, in the Village and in New York, as well as shots of friends. In these shots, the city and its people become the foreground. In the films, it's the actors that are in the foreground.

However, the mood of both is not too dissimilar, and the title of my first exhibition, “Love, Despair and Longing," could certainly apply to both still and movie photography.

J.A.N. - I have observed that you see your films 'in separate frames' frequently. That is a particular way to think in photographic terms. Do you agree with this perception?

P.E.G. - One critic called my first film ‘moving photography.' It is the visual that is primary in my films—faces movements, looks, etc. So my films resemble still photography very much.

I also use a lot of stills in my movies. In fact, when I was writing the script for Wheel of Ashes in Paris, a more traditional film, I would picture one or two shots in a scene, write them down, and then create the rest of the scene around these two shots. So you are pretty much correct.

J.A.N. - You recently recovered your negative archive made in the 1960s, after it had been lost for almost 50 years. How has your encounter been with this archive? How do you evaluate-or think about-your production in photography after you have been far away from your photos for so many years?

P.E.G. - I had always considered myself an excellent film photographer and a mediocre still photographer. Seeing the photos 50 years later I realize that I was better than I thought as a still photographer. A good still photo has to be just perfect: the right face, the correct angle, the shot's geometry, etc. Move a face or an object two or three degrees and you lose the shot and the mood. In still photography the viewer must create the entire story from one frame, as opposed to film. This is not easy. I still consider myself a better film photographer, but now I see that the difference is not so great. -

"Love, Despair and Longing, New York-Paris 1962-68. Photographs by Peter Emanuel  Goldman" is on view until July 19th, 2015. ArtMedia Gallery is located at The Wynwood Building | 2750 NW 3rd Ave., Suite # 12. Miami, 33127 | Phone: 305 318 8306 | www.
artmedia.gallery | gady@artmedia.gallery
José Antonio Navarrete is a Miami-based critic, researcher and independent curator of culture and visual arts. In the last decade he has also developed a remarkable body of work in photography and video