Photographs To Bring Us Down To Earth, AN INTERVIEW WITH M. TROTSKY 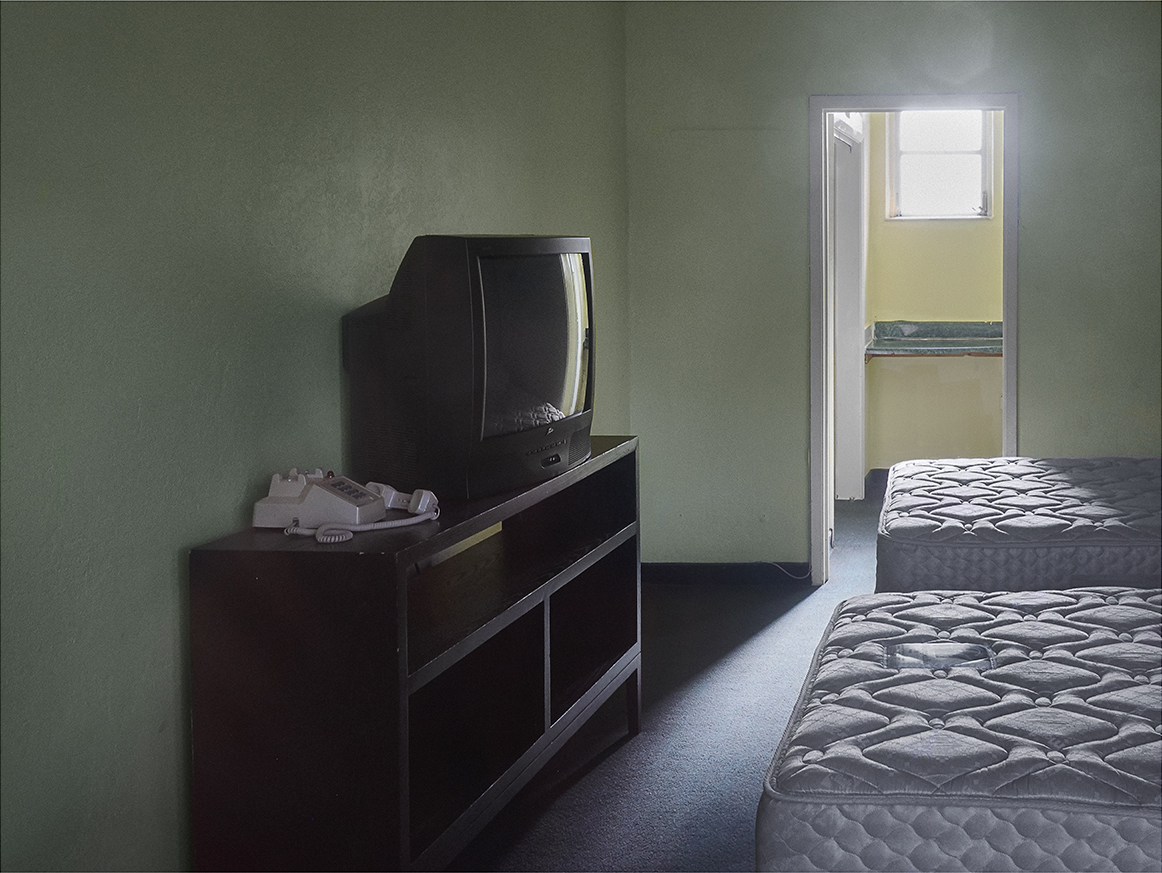 The exhibition "Today is the Day. Photographs by M. Trotsky" at ArtMedia Gallery, The Wynwood Building in Miami was a good excuse for improvising a conversation between the curator of the show, José Antonio Navarrete, and the artist, finally published by ARTDISTRICTS as a special collaboration.

José Antonio Navarrete - When and how did you start your relationship with photography?

M. Trotsky - Photography was a very popular hobby in the Soviet Union where I was born. So I began taking photographs at the age of nine after my parents bought me a Smena -a low-cost 35mm film camera manufactured by the LOMO factory. But I am not sure these negatives exist somewhere anymore.

They were obviously snapshots which people take now with their phones. After that, I worked in advertising, theater, film and television, and had a lot of chances of evaluating photographs of other people, selecting best shots, and deciding which one would become key art. So I would say I gained some experience of being a photography editor for a long time. Also, I was always taking pictures of my life partner of almost 20 years. I thought about these shots as a kind of family album and nothing more, but lately, I realized that I had managed to take some great shots. I used all sorts of cameras which were available to
me at that moment, even single-use Kodaks.

I discovered my genuine interest in the medium a couple of years ago when I read about Olympus OMD's new camera, bought it and found it is producing amazing shots. It helped me to get to a new level of quality with my photos. And after I compiled a selection of his images taken by me for 20 years, I found them meaningful and interesting. From that moment, I realized that a camera could become my voice and way of expressing my life, my thoughts, and emotions.

J.A.N. - Why did you decide to use photography as the medium of your reinitiated Sand reinvented artistic career?

M.T. - Being a team player, working all my life as a producer giving directions to a bunch of people and doing almost nothing with my hands, I found a medium which let me be free and independent of other elements of 'production line.'

And photography is one of the last mediums I did not try in my life, I mean in a professional artistic way. Also, photography is very competitive because no

w everybody seems to be a photographer. That makes the task to find your real voice- and may be your true self finally-a very challenging task.

J.A.N. - "Today is the day," the current exhibition at ArtMedia Gallery, gathers a selection of images regarding a series that you have made with photographs taken in the areas of Miami and Broward counties during the last two years. What motivated you to undertake this series?

M.T. - My first experiences in the United States were on business trips to Los Angeles. But my true exploration of the U.S. started in Miami and Fort Lauderdale. There I ventured for fun and inspiration. Naturally, I drew a strong association between the sunshine state and the U.S. as a whole. Sure, I knew the whole country didn't look like Florida, any more than France looks like Cot-d-Azur or Russia like Sochi. But South Florida has the power to wrap you up in its arms and build the illusion that the whole world is just as vibrant and idyllic. That is until a touch of reality catches your eye and brings you down to earth again.

While walking at Fort Lauderdale beach, I was lured by an abandoned ‘art-deco' style hotel. It was initially damaged by a hurricane and then left to rot in limbo between art-deco protectionists and developers itching to tear it down and start over. For better or worse, "progress” won out as it always does, and a new development sprouted from the hotel's ashes.

I witnessed the final days of the building before its demolition. It was mesmerizing to see it languish between life and physical extinction. In a surreal twist, the developers draped the fences with slick, glossy banners touting their new project even as the old one clung to life in the background. The banners were impossibly cheerful and injected with emotional mar keting triggers, fresh from some copywriter's greatest hits collection. It's the exact same propaganda splashed across fences throughout the Miami area. And Miami is a city in transition.  Also for some reason, I feel nostalgic about the places and times I have never lived in. May be all of that together lead me to create this project.

J.A.N. - Do you think about your photography practice as
a contemporary art practice? Why?

M.T. - I don't feel as a photographer but as a contemporary artist. For me, photography is just the medium or way to express different meanings. I am not interested in just taking 'the beautiful pictures' which fade out from your memory after you looked at them. I want to create something thought provoking, lasting longer in one's conscience. So for me, a concept is more important than the form which is a significant difference from classical photography. But at the same time, I want my images to have their visual speech, transmitting emotions together with concepts. In another way, they should work for a wide audience.

J.A.N. - Books or exhibitions? Which of these discursive spaces would you prioritize for promoting your work?

M.T. - At this stage, I am interested in creating exhibition projects. I think if you are to make a photography book you should have such unique, profound or bold content. There are so many books that have been already produced. What will my book add to the global library?

The message or the content of the book should be much deeper and hard-won, I would say. I can compare an exhibition with a piece of poetry, while the book is a poem. In other words, some stories are short, but som are worth 200-page book.

J.A.N. - Right now you are engaged in a new photographic project. Is South-Florida again the set of your explorations?

M.T. - Yes. For a few years, I was doing what could be called Shipspotting. A friend had purchased a condo facing the narrow channel where cruise ships leave Port Everglades, Fort Lauderdale. As the ships pass through the channel, it is a tradition for the passengers to step out onto their balconies to wave and celebrate the launch of the cruise. Of course, I was immediately stricken by the wonderful vantage point from my friend's condo and the potential for capturing such an event. Not just the full splendor, but the many individual stories neatly arranged on the ship’s balconies as they cruised by. I met many fascinating people and unique characters during this project.

And though they were not aware of my presence, I fell in love with some of them just the same, and just as often, I was embarrassed by others. As they say, “life is like a cruise." But for many people, a cruise is a way to escape from the mundane reality of life. That's why there are a lot of gray or unhappy faces on the ship. I am currently working on an edit which will demonstrate it.
"Today is the Day. Photographs by M. Trotsky," curated by José Antonio Navarrete is on view at ArtMedia Gallery through March 2017. Wynwood Building, 2750 NW 3rd Ave., Suite # 12. Miami, 33127 / Phone: 305 318 8306 / www.artmedia.gallery / gady@artmediau.gallery. José Antonio Navarrete is a Miami-based critic, researcher, and independent curator of culture and visual arts. In the last decade he has also developed a remarkable body of work in photography and video