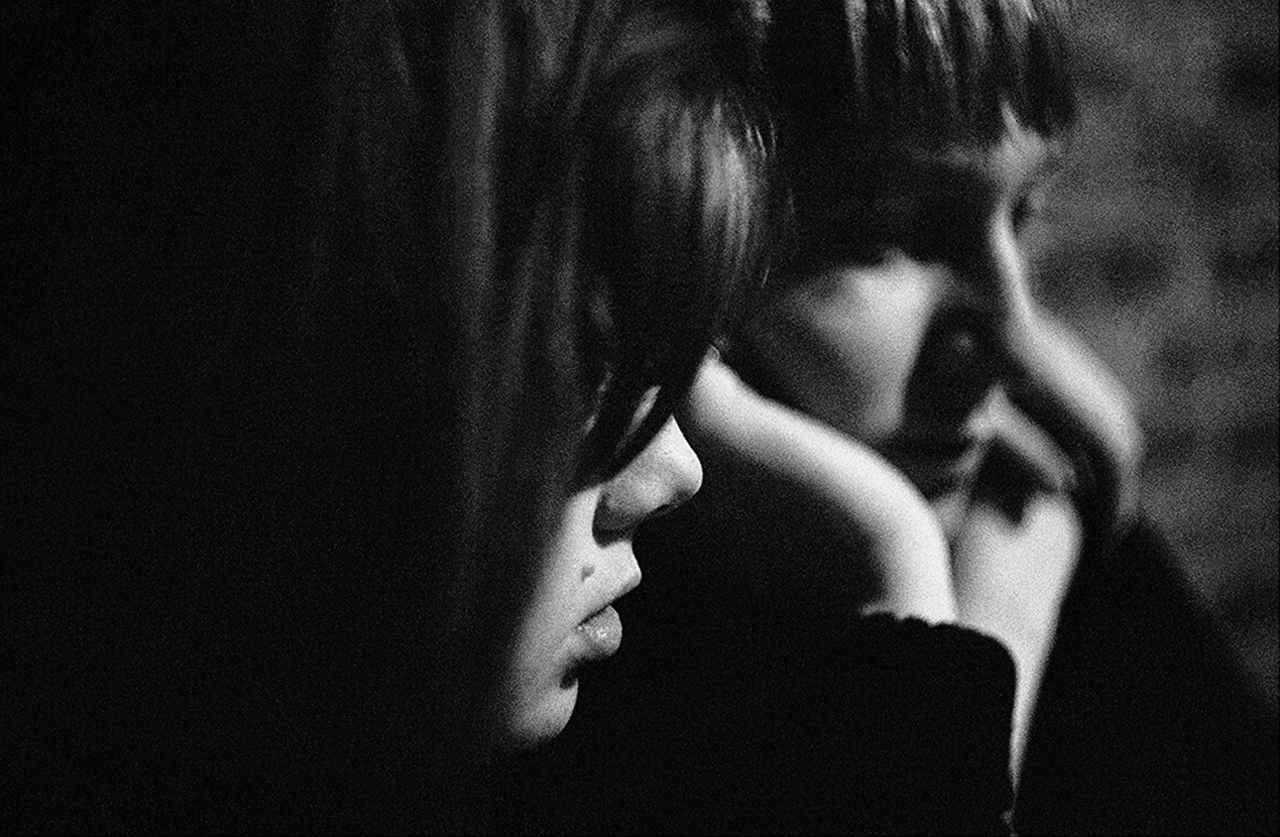 “Love, Despair and Longing. New York-Paris 1962-68,” Peter Emanuel Goldman's latest show, at ArtMedia Gallery in Wynwood, was a selection of black-and-white photographs that inevitably takes us back to the 1960s.

Goldman was born in New York in 1939 and known as an independent filmmaker there. During the 1960s he made four films: Echoes of Silence (1964), Pestilent City (1965), The Sensualists (1965) and Wheel of Ashes (1968), all of which favorably attracted the attention of the critics in his time. However, up to recently he was largely forgotten, until last year when his first film Echoes of Silence was screened at the Museum of Modern Art (MoMA) in New York, and now with his solo show at Art Media Gallery.

As the title indicates, this group of images conveys precisely those feelings from an insider's perspective. Goldman is obviously part of this group that he is documenting from behind the camera. According to him, some of the scenes for his photographs are “staged," as if he was directing a film, thereby rendering some not as spontaneous as they seem. The contrast between an apparently spontaneous scene and a posed one can be seen by comparing Lydia Admiring Herself (1962) and Birgit Posing (1965). Lydia is standing in a casual posture, wearing only panties and looking at something in her hand, seemingly unaware of the camera; Birgit has very sexy underwear and is staring directly at the lens. Most of the photographs were created around the same time that he was shooting Echoes of Silence, as well as the following year, so it is not a surprise that he would explore a similar thematic. Goldman, a filmmaker first and foremost, brings that same feeling to the photographs, which then become stills of life.

The intimacy of the scenes is due to his physical and emotional closeness to the subjects. This is a like a visual diary of his life during this period, and the protagonists are his close friends and family.
Nevertheless, there is not a common thread based on a particular narrative behind these images, and the story is not linear but fragmented. For instance, it portrays apparently ordinary scenes in the lives of these people, such as waiting for the train, as in A Reflection Called Tired (1965), or the drug culture of the period in Getting High (1964) and Self-Rolled Medicine Against the Pain (1965).

These photographs are marked by high contrast, achieved by an ingenious but simple use of light that is reminiscent of the film noir aesthetic. This aspect contributes to the impression that all were shot at night, despite the fact that some were created during the day. They capture the liberating spirit of the 1960s. Through Goldman's lens we can see the tale of underground life in Paris and New York intimately portrayed, like windows into the past.
(May 22 - July 12, 2015)