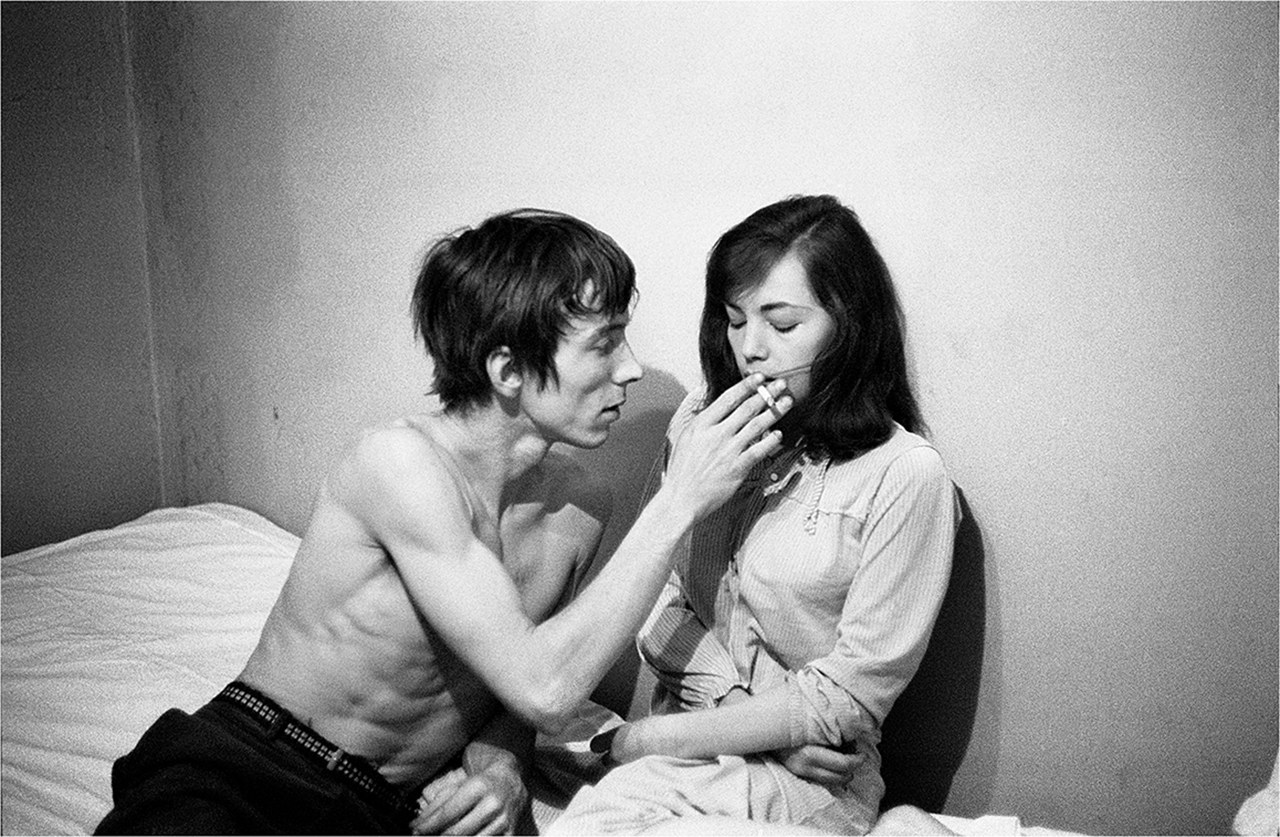 Peter Emanuel Goldman was a celebrated filmmaker of the underground cinema and the only American link to the French New Wave during the sixties.

At that time, he also started an intermittent career as a journalist. Later, in the seventies, he composed and recorded music. He spent the next fifteen years as a writer and consultant on foreign affairs. Recently, he became a novelist. In 1962, he began to practice straight photography while he was filming Echoes of Silence, his first movie. Simultaneously, he used his still camera to register the kind of life he shared with his friends and his perceptions of New York City, mainly of his neighborhood, Greenwich Village. In 1966, he settled in Paris temporarily. For almost fifty years, his negatives were forgotten and kept in storage in the US and Paris. Several months ago they reappeared in a box sent to him from Paris.

Goldman’s small and compact negative archive introduces an unknown chapter in the history of American photography from the early to the middle sixties and immediately beyond. Sex, love, desire, passion, drugs, nightlife, sadness, despair, loneliness have its place in this archive. A sensibility that approximates Goldman's would not appear in photography until the following decade with Nan Goldin, the photographer of “sexual dependency.”

Goldman's straight photography and film—chiefly Echoes of Silence—are close thematically. Both are autobiographical in a certain way, not literally, but more extensively they recount the life of a group of young people searching for pleasure, intense feelings, and understanding. There is also a visual connection between them. Goldman worked night and day with his still camera preferably using ambient light. At night, with scant lighting, he underexposed the negative to increase its sensitivity and achieve high contrasts. A dark atmosphere, displacement of focus, extreme close-ups, spontaneity, irregular framing, were Goldman's resources for narrating the intense drama of youth.

Peter Emanuel Goldman (New York,1939) made several films in the sixties, such as Echoes of Silence(1964), Pestilent City (1965), The Sensualists (1965) and Wheel of Ashes (1968). He worked as a journalist and a writer of international affairs. He made one LP record with his songs in 1975. In 2015, he will present two new creative projects: the publication of his first novel, Last M é tro to Blecker Streetand his first personal photo-exhibition at ArtMedia Gallery, Miami.