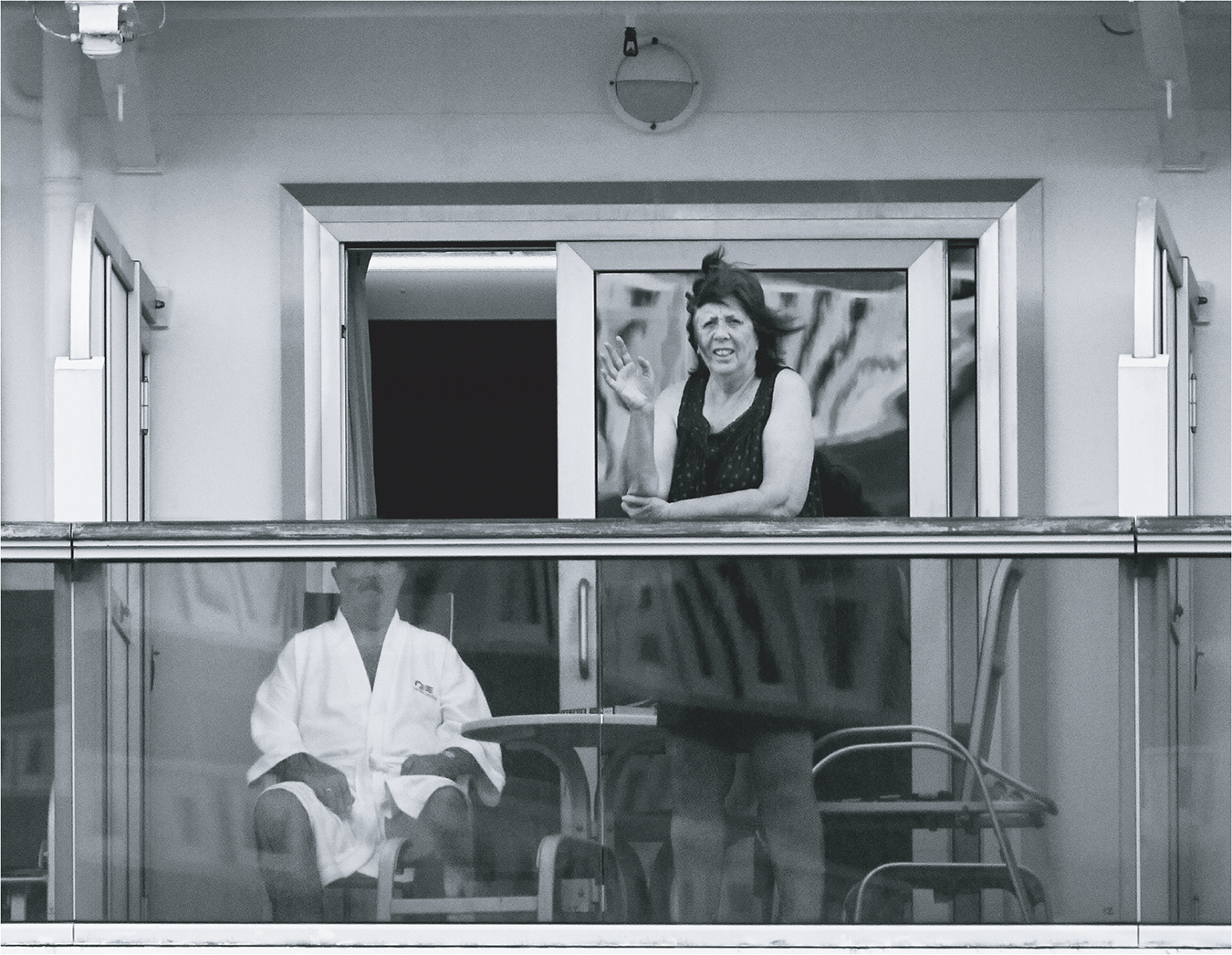 From his perch on the second floor of his friend's apartment overlooking Port Everglades, photographer Mitya Trotsky caught hundreds of vacationers boarding cruise ships, even if they never saw him.

Hiding with his Pentax telephoto lens 650 feet away, Trotsky spotted singles, couples and senior passengers appearing on square cruise-ship balconies. Here were bored-looking shirtless men wearing floppy hats, teens buried in their smartphones, a family gazing out to sea, unsmiling retirees and curious moms peeking into next-door balconies. These slice-of-life scenes fascinated Trotsky, 46, who describes his new exhibit, "A Supposedly Fun Thing," as a "visual anthropology" of travelers who board cruise ships to escape what he calls "mundane lives."

"It's the ambiguity of organized fun," Trotsky says by phone from his Fort Lauderdale home. "You have no choice on a cruise ship. You're trapped there for seven days, and you have to play bingo. You get this very special feeling because you see how artificial everything is constructed around you, like it's a mirage."

Opening Thursday, Feb. 15, at the ArtMedia Gallery in Wynwood, "A Supposedly Fun Thing" is inspired by "A Supposedly Fun Thing I'll Never Do Again," a 1997 essay by David Foster Wallace. The celebrated late author behind the Bible-length novel "Infinite Jest" opens his essay by explaining the "nearly lethal" comforts aboard a luxury cruise line leaving Port Everglades, going on to mock "the shattering, flatulence-of-the-gods-like sound of a cruise ship's horn" and meeting cruise-ship staff "with the monikers 'Mojo Mike,' 'Cocopuff' and 'Dave the Bingo Boy.' "