CLAUDIA AMMIRATA: ON THE PAIN OF YOUR OWN 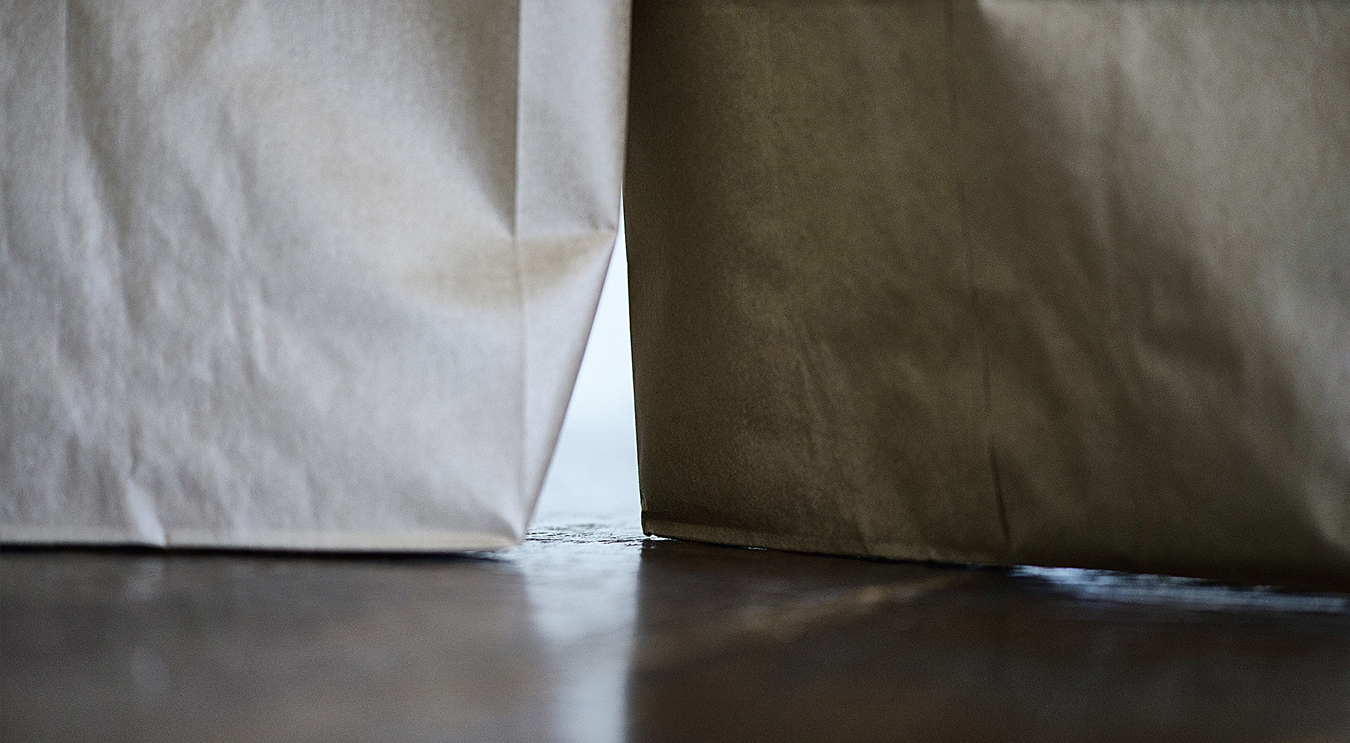 CLAUDIA AMMIRATA: ON THE PAIN OF YOUR OWN

Fix Me (Arréglame), an exhibition by Venezuelan artist Claudia Ammirata in Artmedia Gallery, is a photography and documentary video project exposing with as much ontological truth as formal sensibility, what is most vulnerable in one’s life to the look of the others.

The project is intertwined with two great themes of the history of photography: the family portrait (home albums were popularized by the mid-19th century) and that of individuals tormented by mental pain which, according to Foucault, from the 17th century began to be confined in spaces specifically designed to contain or attempt to channel the overflowed streams of reason.

Curated by José Antonio Navarrete, the exhibition purports the visual warning that we are about to enter a territory wherein the borders of normality have been overrun and a threshold appears which cannot be crossed unless we experience—or witness—what the ancient Greek called álgos, suffering. A reproduction almost on a natural scale of the entrance to a mental institution covers Ammirata’s display from top to bottom, pinpointing the access to a separate place: the legible signs on the photographs—“close the doors behind you”—warn on the risk that someone could escape and mark the territory with the stress of surveillance and confinement, thus separating the inside from the outside. Several photographs record those two opposite areas. But facing this realistic, non-metaphoric image, accurately documenting in color the space of a mental institution, there appears in counterpoint a black and white photograph with an allegoric image somehow conveying the opposite notion of liberation or redemption: the silhouette of a man with his back turned and his arms open toward the horizon. While it is impossible to determine the architecture of the space around him, the shining light percolating through what appears to be a strip curtain fulfills the metaphoric function established in the collective archive and delivers a promise of hope.

Besides these two large-format, long-shot images, the photographic series carried out by the artist within a period of two years builds the tension of a non-linear narrative in which objects, often taken in extreme detail shots, are displayed in domestic and institutional spaces as physical evidence of the history of a psychic collapse. There is a decline signaled by disaster-related elements leading to a separate territory while in parallel the event is reconstructed in a way that contains the creative act itself. Created thus from a photographic narrative full of fissures, but also of luminous interstices, the story is transformed and transported toward other planes.

The transmutation gesture acts not only on the operator—the artist—but on the actions of another which are accounted for. Who is that other one? A telling photograph reveals it to us through two objects taken in close-up with very little depth of field, in such a way that in the background we see the out-of-focus family portrait of a young mother with her small child. And in the foreground we see the tight letters of sheets hand-written in English whereof only one line is legible: “The individuals choose.” Anyhow, the choice, or rather the set of choices made by the son and followed and sought at the same time by the mother on each scene, is documentarily reconstructed from the clue-objects accurately reproduced in small format. The photographs trace the psychic descent through the reiteration of elements like dirty, broken, messy things, or the accumulation of garbage inside domestic places where “accidents” occur, such as the coffee pot that spills and stains the stove, but also in exteriors like car scrap yards that witness the relentless irruption of chaos, the crisis in the relationship with the world. Inside and out, things are either out of place or control.

Another series of images allows the reconstruction of changes in domestic spaces. There are open suitcases and mattresses on the floor, signs of a mobility eventually invaded by the destruction of an order until the unavoidable confinement finally arrives. In the images documenting this, Ammirata accurately chooses perspectives intensifying the division of territories in an inside-outside. Multiple photographs are variations on the theme of the fence in interiors as well as exteriors. In an image where she captures in the foreground the geometric shape of a barbed wire fence, the visual tension is intensified with the Barthesian punctum, a minimal detail that concentrates the whole sense: an imprecise, vaguely organic form, is set on the barbed border, like an eye looking up, like the same painful experience of recording the collapse while looking at the same time for a way out.

The artist documents, as if in a diary, tokens with labels and the visit dates to the psychiatric hospital, and reiterates the quotidian narration of personal objects: what is taken or left upon entering an institution. In one strikingly beautiful image, the prosaic character of two paper bags, white and beige, possibly carrying objects for the psychiatric visit, becomes a quasi-abstract photograph due to the extreme close-up that eludes the context and is centered, once again, in the visualization of the interstice, the light threshold, the possibility to access, almost unexpectedly, to a different plane.

Fix Me is built on the constant dialectics between the documentation of the ill-fated and the prosaic—the dense and precise narrative of the cigarette butts accumulated ad nauseam inside and out—and the choice of angles blurring the rigorous description of reality so as to make way for other possibilities for both imaging and being. The percolated light and reflection coming out beyond visible objects and their intrinsic narratives suggest other planes of perception (and consciousness), the invention of a way out.

Several images, like the photograph that captures an ambulance seen from behind and taken from the windshield of the car that follows it, register the succesive displacements, the mobility ultimately looking for an escape. The exhibition also evokes the importance that Foucault granted to what spaces tell us, above chronological descriptions. If trickles, scattered material, the spilling of things are a metonymy of something gone astray; leaving the panoptic, which is also the mental hospital in the city, for an open place, like the one where the child is taken and Ammirata documents as an open pit landscape, denotes the return to the healing power of natural environment.

In a non-linear narrative, built on ellipses (with interstices of silence and things we do not see), there are passing spaces that become no-places, the tracing of objects that signal uprooting; but also the proposal to enter a space which, despite the inevitable confinement, is endowed with an evergreen geography that sets up the suggestion or at least the possibility of a return to a space where a kind of beauty can be restored.

There is a crucial difference regarding previous works correlated to this oeuvre. In the case of Diane Arbus, for instance, and the series she made in the last two years of her life, when she travelled regularly to photograph people living in homes for the physically and/or intellectually disabled, the images of estrangement resonated with her own biography, with her vital unfitness, but they were not portraits of her own family. Richard Avedon also photographed the residents of the East Louisiana State Mental Hospital in 1963, but these were not family portraits like the ones he made of his father, who was never at any rate besieged by incontrollable mental forces. What Ammirata captures is never, paraphrasing Susan Sontag, “the pain of the others.” Neither is it an exercise to link medium and memory, as Roland Barthes found out while watching her mother’s photograph. Claudia Ammirata’s practice contains a different potential. We are not merely facing memory regardless of the fact that the image’s instant has already passed, but looking for a way to have incidence on that to which representation is linked: real life.

If dust or dirt are traces of destruction, usually not photographed in interiors, it is no less true that life is not unpolluted, but built from our own bodies and traversed by a scatological sense. This is perhaps the intrinsic narrative of Fix me, made with the stuff of pain and destruction that however looks for its own form of transcendence. Claudia Ammirata is not casting us into the unleashed forces of chaos but embracing them to carry out the supreme gesture of deliverance through art: more than catharsis, her project is imbued with an aspiration to metanoia as a transformation from one state to another. In the video displayed in the second hall, as a culmination of the whole series, the son—of whom we have only seen a blurred photograph, a silhouette and the trace of things—appears in medium shot talking about what he writes or experiences, in such a way that to a certain extent it seems as if he is talking about what has been photographed. In the end, his entire odyssey, the journey involved in his exile from the border of normality, the shifting ways of enclosure and the hope for a point of return, have been documented by his mother, the artist herself, as a diary of fragmented pages, like a quest for archetypical interior spaces, where the way out can be found. They are all places where, in the meantime, creation takes place. Arbus was certainly right when she considered a photograph as a spot that never fades, but at the same time, as in the case of Fix me, it contains the potential of transference: portraying can be reinventing from the image the logic of vital unfettering.