Review: Captures the Joy and Ennui of Cruise Passengers 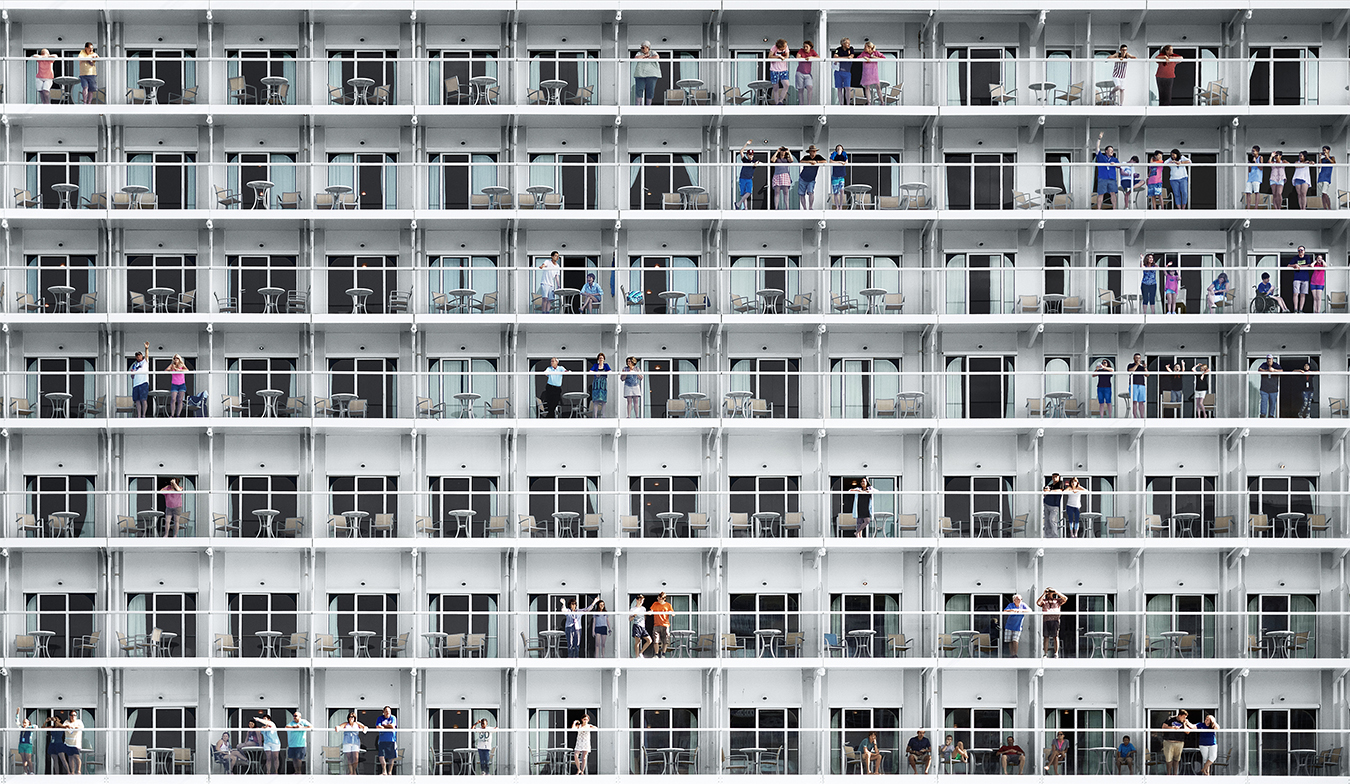 For most people, a cruise ship represents a relaxing vacation in the middle of the ocean. For Mitya Trotsky, however, these sea vessels offer those on land an opportunity to catch a glimpse of humanity in its unadulterated form.

That’s why the Miami-based artist decided to make photos of cruise ship balconies the focus of his latest exhibition, “A Supposedly Fun Thing.” This show aims to capture candid images of individuals on their balconies as they leave their everyday lives behind to embark on journeys.

Trostky, who lived in a condominium near the channel at Port Everglades in Fort Lauderdale, a hub for cruise ships, was inspired by watching cruisers from this vantage point. It’s from that viewpoint that he chose to take the photos for his exhibit.

When each ship embarks, most individuals stand outside their rooms. “It was a very special moment when the passengers would go to their balconies to wave to the people who are waving on the shore, and to enjoy the first moments of their journey,” he says.

Though he initially believed these images would depict emotions such as joy and excitement on the vacationers’ faces, Trotsky was surprised to see his subjects displaying different moods in his photos. The majority of his images depict an emotion more akin to melancholy.

“I started noticing that people did not look as happy as I expected them to look at the start of such a wonderful cruise journey,” he says.

When Trotsky began his project, he says, he didn't have a theme or goal in mind. The photographs are a result of pure curiosity. Over the span of two years, he took more than 7,000 photos. During this time, he wasn't concerned with having the perfect angle or good lighting — his only concern was capturing humanity in its naked form.

“These pictures I’ve selected are not just random shots, but they’re some visual interpretation of modern society, of people who are going to the cruise,” he says.

As a local, Trotsky understands the appeal this project’s theme will have to South Floridians. However, he believes the most enticing aspect of his work is the universality of his subjects’ collective presence.

“[Cruise ships are] everyday things for people who live in Miami and Fort Lauderdale,” he says. “It’s like you’re born with it because ships leave the port every day. But [this exhibition] has universal appeal. It doesn’t matter where it happens. It tells the story of people, and it provokes people to think about other people.”